Jason Warnick, CFO at Robinhood, on the importance of long-term goals, collaboration, and authenticity. 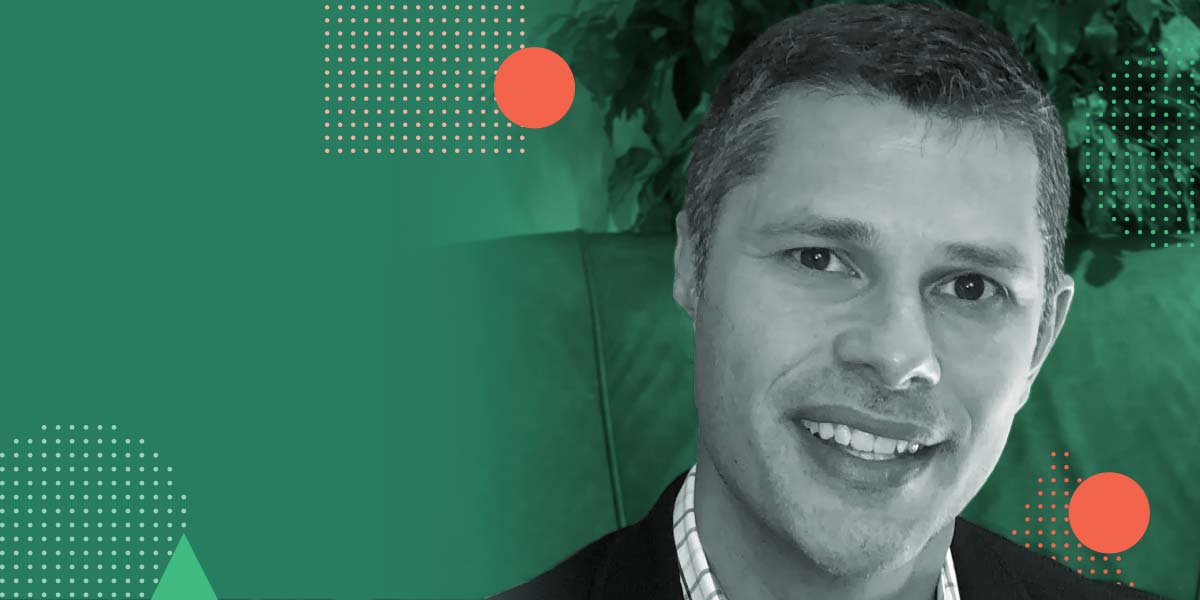 To reach top roles in strategic finance, know your strengths and weaknesses, focus on the customer experience, and look for positions that allow you to learn. That’s the advice of Jason Warnick, CFO at Robinhood, a popular free-trading app that allows investors to trade stocks, options, and even cryptocurrency. Prior to his position at Robinhood, Jason was at Amazon for almost 20 years, most recently as VP of Finance and Chief of Staff to their CFO. At Amazon, he oversaw the benchmarking, internal audit, investor relations, risk management, and compliance teams.

When asked by Airbase Founder and CEO, Thejo Kote, about his approach to planning his professional career, Jason is candid about jumping out of the “linear thinking” cycle one can get stuck in.

He says that if you’re aiming to be a CFO, it’s not all about the straight line to the top. It’s important not to get hung up so much on your current title, but to instead focus on what you can learn from the position you’re in when considering your next steps.

Why taking the long-term view pays off.

Jason was corporate controller at Amazon during a period of time when the company grew from $1 billion in revenue to about $10 billion. “I kind of assumed I was going in the right direction because we were accomplishing great things and it was a great company,” he remembers.

However, although he was clearly excelling at Amazon, Jason hadn’t stepped back to consider his own goals. He points to a specific moment when he started to think more strategically about his career. While at a family event, one of his cousins suggested that Jason create a five-year career plan. He drafted a plan, but ended up tearing it up and redoing it, not just once, but five or six times, because the plans weren’t resonating with him.

It wasn’t until Jason altered the timeline and mapped out a 20-year plan that he was finally able to envision the future he wanted.

“I realized I wanted to be a senior finance leader capable of becoming CFO at a Fortune-500 company,” Jason says. When he analyzed his goal, he knew that he already had enough accounting experience to get there. From that insight, he considered which areas he needed to improve in order to reach his long-term goal.

With the new plan in mind, Jason made what others saw as a bold move when he took a less senior position in investor relations at Amazon. “I approached the change on the assumption that any experience could be the right path,” he says. “Across any normal assessment, it seemed like a terrible idea. But I knew that five years out in the future, would anyone care who I reported to? The only thing that will matter is that I acquired experience in investor relations.”

When asked about leadership, Jason feels that much of his success comes from being authentic. He admits, “I honestly learned how to be a leader through many, many mistakes.”

When it comes to hiring, Jason suggests that finance executives be more open to people who may be more experienced than themselves in specific areas. During his first year at Robinhood, Jason leaned heavily on his strengths and surrounded himself with amazing people he could learn from in order to address his weaknesses. He feels it’s important to focus on how a leader can learn from a strong team. Ultimately, the important thing is to maintain high standards and a curious mindset in order to bring out the best in each other. In any industry, mutual respect and cooperation, versus competition, are key to success.

“You have to be comfortable with having really brilliant people report to you,” he says. “If you hire people you want to be a level or two ahead of, your company is going to be much weaker.”

Along with the ability to keep your ego out of the way, Jason feels that self-knowledge is essential for meeting ambitious career goals in finance.

“I am a believer that you must bring your true self – your strengths – in an authentic way," he says. “If you double down on those strengths and work on your deficiencies, you can be successful with any combination of skill sets that you bring, as long as you pass the horsepower test and are deeply engaged, with high standards and a drive to get things done.”

The CFO’s role in an evolving world of finance.

Over the course of his career, Jason has witnessed the evolution of corporate finance from being seen as part of the “back office” to encompassing roles that are more strategic.

Jason explains that finance shouldn’t be the department that is always saying “no,” but the one that uses skills and analysis to arrive at the best possible decisions from an owner’s perspective.

“We, as finance leaders, must bring an owner’s mentality and obsession with customer experience, together with incredibly high standards and a sense of urgency about doing the right thing. Then we continue to be seen as worth having a seat at the table,” he says.

That seat must be won through trust, however. For Jason, trust is earned by knowing what is important. “You have to step back and ask yourself, ‘What are the things that customers care about?’ From a benchmarking perspective, it’s all about what matters to the customer, then obsessively measuring those things.”

The value of forward-thinking mentorships.

In the initial years of his career, Jason felt frustrated when trying to build mentoring relationships. Although he enjoyed the connections he formed, he also learned that it’s important not to confuse mentoring with networking. In order to truly learn from a mentor, he says that the mentorship must be forward-looking. In other words, instead of rehashing the past, a mentor should be brought in when you’re making a big decision. That way, you can engage with the mentor as you evaluate your next steps and learn from them as you look to the future together.

Jason adds one other important caveat on choosing a mentor: “They need to be comfortable with telling you when you’re being an idiot.”

How future CFOs can respond to the evolving role of finance.

What should aspiring CFOs do now to position themselves for success as the finance world evolves? Jason is the first to admit that he doesn’t have a crystal ball, so he can’t predict exactly what the future holds for CFOs. However, he does offer some insights into the essential elements for building a top finance career:

Jason’s focus now is Robinhood. The fintech app has fared well thus far as a pioneer and leader in commission-free stock trading. Robinhood was recently involved in a funding round that values the still-private company at over $11 billion and is continuing to consider going public with Jason’s oversight.

Watch the full interview with Jason Warnick, CFO at Robinhood.