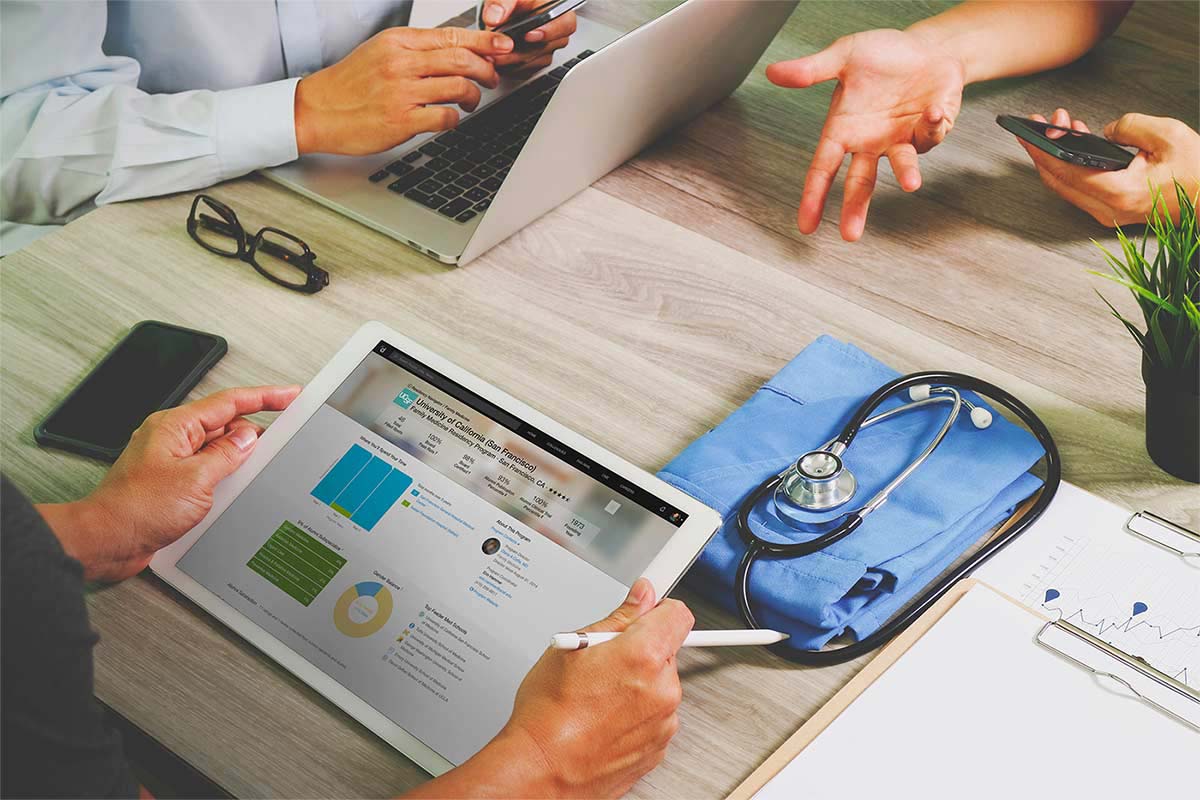 3. 60 hours/month saved in manual tasks by the finance team.

4. 4–5 hours a week saved on expense reporting by marketing.

Doximity is the largest professional medical network, with over 70% of all US physicians and over one million verified clinicians as members. The company continues to be one of the fastest-growing in Silicon Valley, as recognized by Deloitte, for the last three consecutive years.

One of Doximity’s core values is Get Stuff Done, or GSD. It means being creative, persistent, and resourceful.

Doximity VP of Finance, David Coffman, and Assistant Controller, Alex Schlick, have the challenging task of getting stuff done while maintaining responsible financial practices. They have to make sure that accurate books don’t come at the cost of slowing the company down.

This was easier when Doximity was only a hundred-person team. It’s a bit more of a challenge today, with 400 employees and growing.

How do you make it easy for employees to pay a vendor as quickly as possible and still keep the books together? The short answer — with credit cards and a whole lot of accounting effort.

Credit cards were a double-edged sword for Doximity. They were convenient, quick, and perfect for recurring or one-time payments, but:

“Once you’ve handed out a card,” David says,“you have to trust your colleagues. All you can do is wait to see what charges flow in and then try to figure out how to code the charges and whether they were in budget.”

The only reason Doximity continued to use cards, David explains, is because “it’s always been who we are, which is to put our employees first. I’d rather have our finance team do the extra work than slow down the rest of the company.”

‘Extra work’ is putting it mildly. The cycle of manual work delayed close almost every month. And it got to a point where David began to take the operational difficulty as the cost of providing an uncomplicated spending experience to the rest of the company.

The promised land: Control without complexity.

When David discovered the Airbase spend management platform, he realized that he could have a company card program, with both virtual cards and physical cards, with the added control of pre-approvals and accounting automation to make life easier for his team.

Alex, who was responsible for the system roll out, started by replacing Doximity’s corporate cards with physical and virtual cards from Airbase.

Alex estimates that over 90% of Doximity’s card-based spend is from online subscriptions, infrastructure, and marketing. His finance team used Airbase to generate individual Visa virtual cards for each service, making subscriptions easier to manage.

The biggest benefit, David says, is that pre-approvals and virtual cards have put him ahead of spend, where American Express had him chasing after it.

“Virtual cards have eliminated Doximity’s operational problems: Airbase’s lightweight pre-approvals keep Anna in the loop of every dollar before it leaves the bank.”

Because employees create an expense request in Airbase prior to getting access to a virtual card, the finance team can now see the expense owner for every subscription the company uses. And the finance team has said goodbye to opaque credit card statements — spend is now automatically recorded in the general ledger.

Virtual cards have addressed structural problems too. The days of following up on expense reports for online payments are over, and David worries less about fraud because virtual cards give him that extra layer of security.

Today, for example, Doximity keeps each vendor on a different virtual card. This gives David the freedom to cancel a card for a disputed vendor charge without affecting the cards dedicated to AWS and Slack.

Virtual cards have saved David’s team dozens of hours in follow ups every month and saved days in manual reconciliation during the monthly close.

Natasha also loves having virtual cards for her marketing team. With them she can set an expiration date to easily manage subscription payments and to safely take advantage of free trials. She says, “I wish we had found Airbase earlier because it’s made my life so much easier.”

Virtual cards have eliminated Doximity’s operational problems — Airbase’s lightweight pre-approvals keep Anna in the loop of every dollar before it leaves the bank.

David used Airbase to add controls and automation to the physical cards he provides to company employees as well.

In the past, swiping a card set off a long and painful process that involved downloading statements from American Express, syncing them up with charges in Expensify, working with a cardholder to put together an expense report, and manually reviewing every transaction before it could be coded into the GL. Of course, the whole process usually happened halfway through the monthly close, when David and his team had the least amount of time to spare.

Airbase was in the unique position, as the first system to unify pre-approvals and payments, to automate critical parts of this process.

Airbase eliminated the three-way sync between American Express, Expensify, and Doximity’s GL, NetSuite. The Airbase system automatically enters in the meta information David’s team needs to book a POS transaction and follows up with cardholders just seconds after they swipe a card, via a nifty mobile app, to collect receipts. “We’re reporting on expenses without expense reports,” David laughs. “My team is thrilled and our cardholders couldn’t be happier.”

Natasha concurs. Her marketing team quickly adopted the Airbase platform without missing a beat. She explains that Airbase “eliminates a lot of friction” around expense reporting and allows her to “track marketing expenses so easily.”