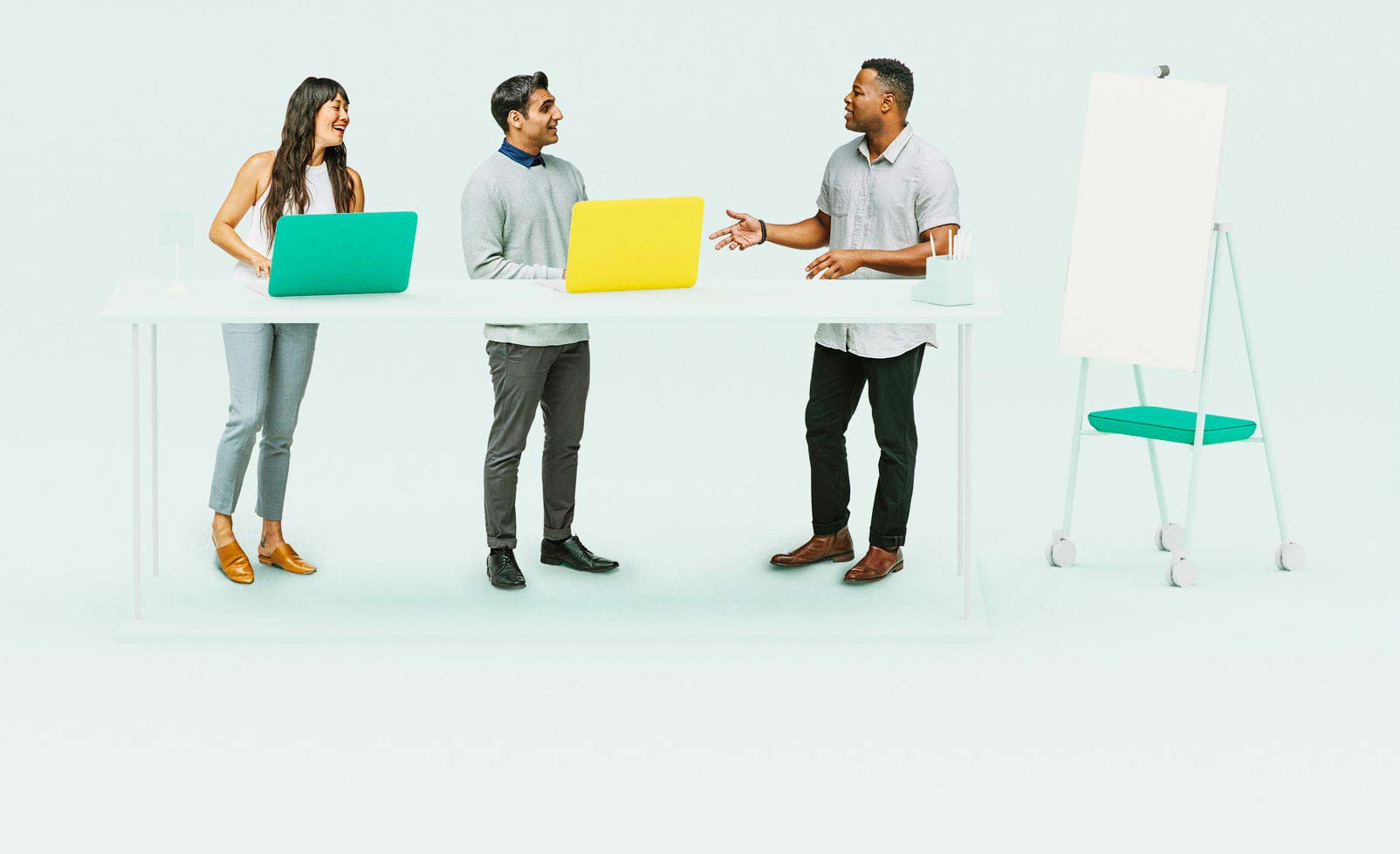 Lattice is a people management system used by nearly 2,000 organizations around the world. It was recently named the second-fastest growing software company in the U.S. by Inc.

1. A flawless transition to a new ERP following Airbase implementation.

2. A move to a continuous close with Airbase real-time data syncing.

Before Jason Lopez joined Lattice as Controller, he pitched onboarding with Airbase to the management team. During the interview process, Jason explained that after using Airbase at his previous company, he no longer wanted to do a monthly close without it.

Under Jason’s guidance, Airbase has saved Lattice valuable time, greatly reducing the total effort for their monthly close. Plus, even more time has been saved by Airbase’s more efficient processes for employees to report expenses.

Airbase has also saved Lattice money. Jason optimized cashback from the company’s purchases by migrating regular or large expenses onto Airbase cards in order to earn the cashback. He appreciates that, with Airbase, cashback is actual cash coming back, not just points or gift cards. “It’s money that hits our account at the end of every month,” he says. This optimization further improved an already positive ROI for the Airbase platform.

Those benefits led to some changes in how Lattice makes purchases. “Some of the things that we paid by wire before, we now do on virtual cards because of the cashback, the control we have, and the direct sync to the GL,” Jason explains.

Having gone through Airbase implementations twice, first at Applitools and then at Lattice, Jason recommends investing the time up front to migrate all existing card spend to Airbase. During the set-up process, he made sure to track down every expense, whether it was through Amex, Divvy, or a personal card. “Take it seriously during the first two weeks,” he advises. “Make sure all expenses are accounted for and in the Airbase system before implementation will pay off down the road.”

Moving to a continuous close with Airbase.

Jason cites the much faster monthly close as Airbase’s top benefit. The team no longer feels slammed at the end of the month, because a lot of the administrative work is being done ahead of time.

To further improve efficiencies, he is working toward the concept of a continuous close instead of a traditional monthly close. The company’s close used to take about 15 to 20 days – sometimes even longer. His current goal is to have the GL track against real-time payables and receivables with about a five-day lag. He says that Airbase is essential to achieve this goal.

Now, he can provide management with clear insights into spend on any day of the month. “Because all of our outgoing payments are synched, I can actually now answer the question, ‘How much have we spent with this vendor?’ whenever someone asks.”

Prior to using Airbase, Jason had to examine hundreds of credit card transactions that hadn’t been properly coded every month. Because of the level of review with each approval, he now feels confident that expenses are correctly categorized as they come in. And the flexibility of the expense-categorization functionality helps with organization. He points to a company like Amazon, with such a diverse product range that charges could fall under multiple categories. Airbase’s workflow helps to prevent any such charges from being miscategorized.

By providing more visibility into how money is being spent, Airbase also helps Jason focus on unnecessary charges. For example, when migrating to their new spend management platform, he noticed an unexplained monthly Amex charge that wasn’t tied to any specific staff member or department. It turned out that someone outside of the company had been using the credit card number for grocery deliveries for several months. Airbase helped to provide the proof Lattice needed, and the end result was a refund of $15,000.

Now, the Lattice finance team can view expenses in real time. That means they can respond quickly when they see something that doesn’t make sense. And, the approval control workflows ensure that fraudulent charges can’t slip under the radar. “It was kind of a Wild West before Airbase,” Jason concedes.

Getting the team onboard with Airbase.

Jason's colleagues across the company appreciate the clear answers Airbase can provide when they request approval for an expense. Previously, employees sometimes found themselves requesting approval retroactively (a tricky situation if an expense was rejected after they had spent the money), or feeling as if they were in limbo while waiting to hear from a manager. “People like having a formalized process and knowing where to go and what to do,” Jason says. “It’s very intuitive.”

In turn, managers’ workloads are easier now that they can go to one place to approve all types of expenses. “Just seeing a queue of what they have to approve today makes life a lot easier.” And if problems arise, managers now feel empowered to tell an employee that all expense submissions must follow a clearly set path to approval.

Multiple migrations without a hitch.

Shortly after migrating to Airbase, Lattice changed their ERP from QuickBooks Online to Netsuite. Jason was a bit apprehensive about the change, since he hadn’t experienced a migration like that before.

In the end, he was pleasantly surprised by the ease of the transition. “It was really quick and painless,” he says. “The transactions were flowing in that day to Netsuite. The new Chart of Accounts was there, the new vendors were synched. That was a relief given the level of complexity involved. I don’t know what went on in the background, but it worked,” he laughs.

As VP of Marketing, Alex Kracov also appreciates the results of Jason’s push for Airbase. “Jason has brought a lot of discipline to spend,” he says. Alex has a good perspective on those changes. When he joined the team, Lattice was much smaller. “I could just tap the CEO on the shoulder and clear an expense on the spot,” he remembers.

Now Alex manages a team of about 15. Together, they spend money on “almost every marketing tool you can think of,” including software, contractors, video work, and paid ads. The broad scope of the team could result in difficulty in managing expenses.

But, with Airbase, he feels confident that everyone is spending within budget, without being held back by complex approval processes. “Giving my people the ability to make the purchases they need helps us perform more efficiently,” he says.

Before Airbase, Lattice’s marketing team relied on shared corporate cards, and often personal cards. Now, with one central system, there are no unpleasant surprises at the end of the month.

“Airbase’s virtual cards have been really helpful in streamlining and managing all that spend.” Alex describes the virtual-card concept as “mind blowing,” and the simplicity of the early days has returned. Alex says if a team member needs to set up a new expense, they just create a request in Airbase and Jason will set up a virtual card.”

Straightforward workflows like these have made such a difference in managing expenses. “This has been a lifesaver,” he says. “I’m not panicking every month when I see the credit card bills come in.” But perhaps the most striking aspect of Airbase is how smoothly it fits into Alex’s management routines. “To be honest, I don’t even think about Airbase very much,” he laughs. “It’s just a part of the natural workflow.” 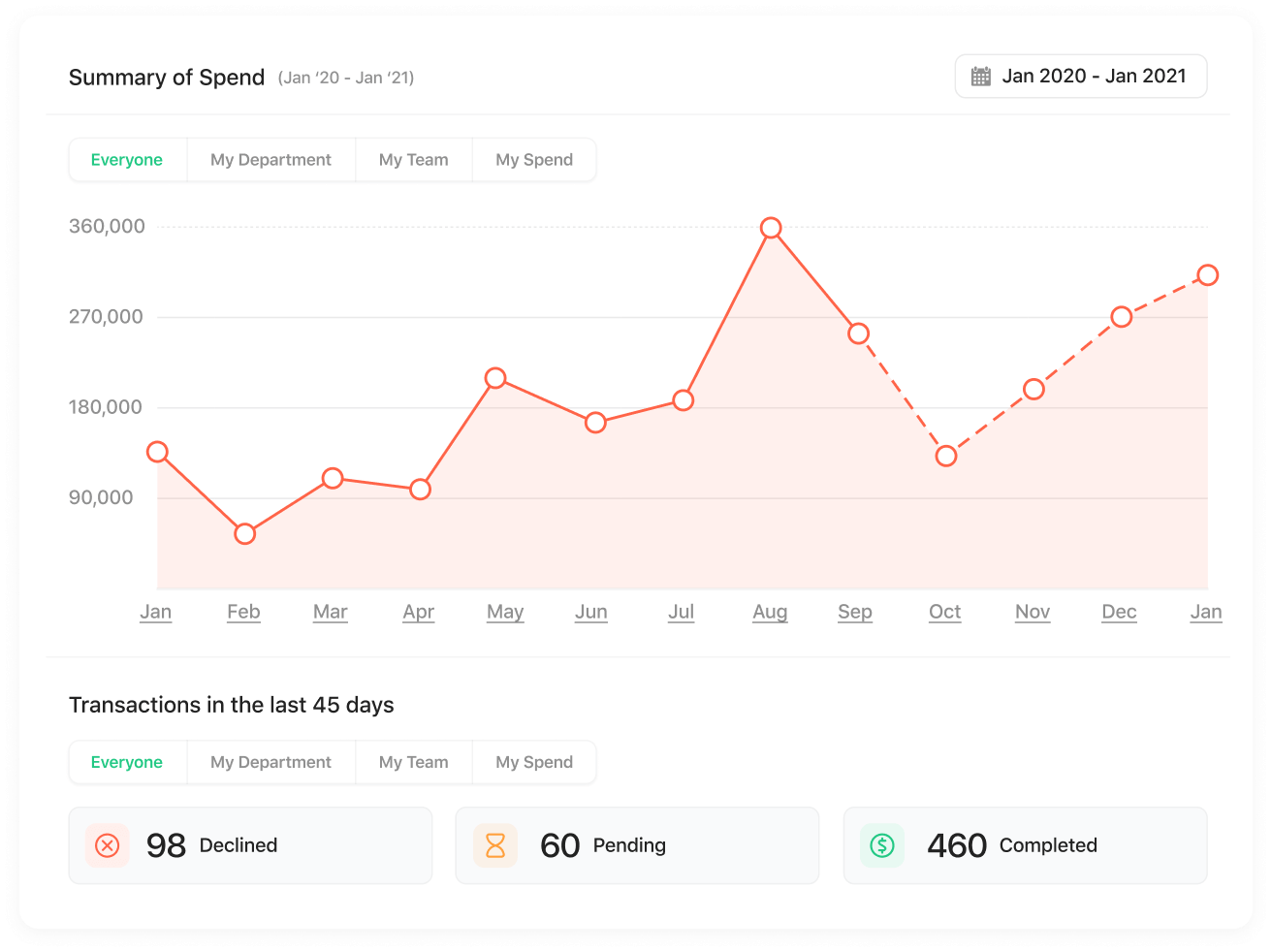