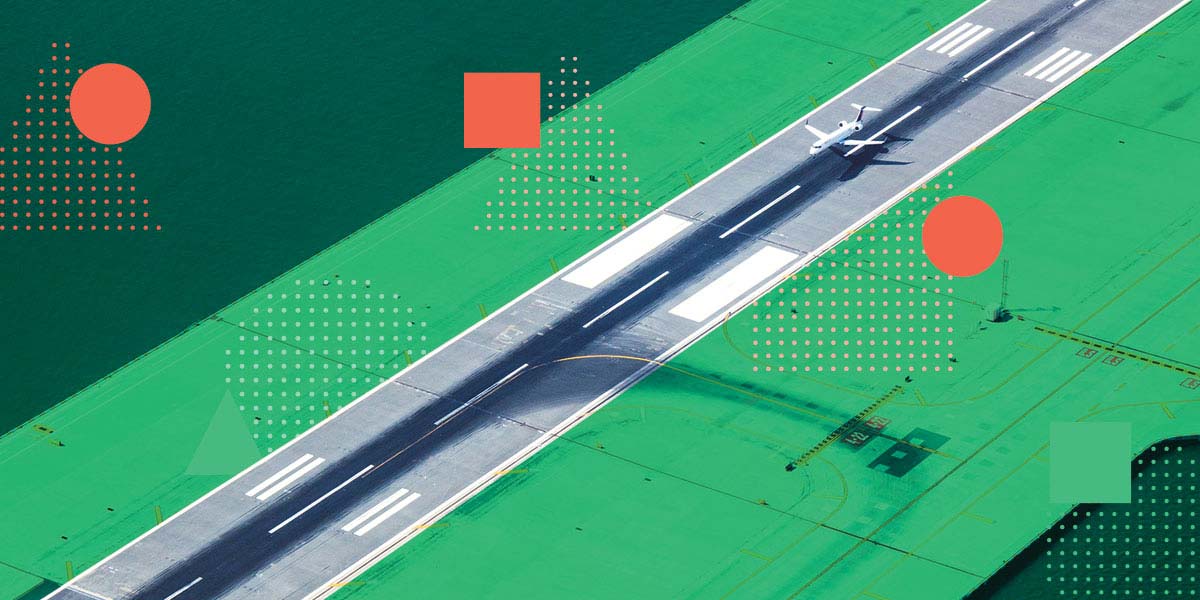 For this sobering look at the state of the current business environment, Airbase CEO Thejo Kote was joined by two prominent business leaders, Mike Dinsdale, CFO Gusto and Bill Trenchard, partner at First Round Capital.

The conversation began by reviewing three different economic outlooks for scenario planning.  The first outlook is “V” shaped, with a sharp downturn followed by a rapid upturn in economic activity. The second is “U” shaped, and represents a classic recession with the downturn, followed by a period of no, or very slow, growth. The third is an “L” shape, which represents a depression, with a prolonged bottom and a persistent lack of growth in spite of stimulus efforts. Both panelists believe that the wishful thinking associated with the “V” shaped scenario is not a prudent outlook for planning. They suggest that business leaders should be prepared for a pronounced and sustained (~18 month) recovery.

A deep sense of urgency was reflected in their comments and in the actions they have been taking to face off against the crisis. Both panelists are particularly focused on the small business community; Bill through his investing and Mike via Gusto’s customer base, made up primarily of companies with up to 100 people. This, of course, is the sector most heavily hit and, as they pointed out, most small businesses only have about a 3 week cash reserve. Both felt that the government's relief package, which is still not available to businesses, is weeks too late for many who will not survive.

In terms of extending runway, Bill offered a concise review of options for companies to consider based on their particular circumstances, from moving rapidly to raise funds, if at all possible, through any means – equity, debt, government funding – and then to work decisively to eliminate all unnecessary expenses, including headcount.

Mike’s company, Gusto, is in the enviable position of having massive cash reserves but, nonetheless, they’ve taken swift action to, centralize full control over all spending, freeze hiring, renegotiate contracts, put marketing spend on hold, and eliminate all unnecessary spending on perks and extras. Their goal is to avoid layoffs and keep enough reserve to respond when the economy picks up again.

There was a recognition that the data are not yet reflecting the enormity of the economic disaster, but that should not keep business leaders from imagining the extent of the damage and working to control their own destiny.

Below are edited excerpts of the questions and answers from the session.
‍

How are you suggesting your companies plan for what’s ahead?‍

The “V” shaped recovery is just very quick; [a] three, two, six months cycle. This seems to be what the stock market is pricing [in].

We typically advise our CEOs to think in the short term about [their] customers and [their] business. But now we're encouraging them to think about the macro [economics].

If you were running a company today what would you be thinking about in terms of the downturn?‍

My biggest concern is what's happening with small businesses [who] employ the most people in this country – 50 percent of employees work for small companies.

In the relief bill that just got passed, there's a provision for $350 billion going to small businesses through the SBA process.

But the problem with small businesses is most of them have only about three weeks of cash. So I'm very worried that we didn't go far enough in the current stimulus to support [these] businesses.

It takes a while for people to get rehired, and as a small business owner, you're going to be real risk averse. And so the unemployment numbers are actually going to be quite higher for a longer period of time.

I think we will end up in a “U” shape, where you have an 18 month type of recovery.

What is the biggest thing you are telling your portfolio companies about how to extend the runway and how to think about this business challenge right now?

We're telling founders, if they're venture fundable, or they have recently raised a round, to bring in additional capital if it's available to them. So it's all about survival in the short term. And for debt capital there's venture debt, and this SBA loan line that is available.

I would put venture debt a bit lower in terms of priority. However if it’s the only capital available [to] you, we are recommending people pull it down sooner rather than later. So extend runway through one of those three different ways to get more capital, and then the other way to extend runways is to cut. As a CEO or CFO, you need to look forward and say, “In 18 or 24 months if [we] go out of business, what are the cuts I wish I would have made to survive?” You have to look really hard at headcount. The place most people cut is sales and marketing. That's usually the quickest one to go because there's no customers to talk to. How you cut is going to depend very much on who you serve and how your business is impacted.

We did a whole bunch of modeling and scenarios around what could happen [and] when, to try and piece together this picture of what we think our revenue picture will look like. We are fortunate that we raised last year. So we have a pretty healthy balance sheet.

Our goal turned to controlling our own destiny. If you are a business that could drive yourself to profitability, I would 100 percent do that. And then it's a matter of over what timeframe, and then, how do you balance that with impact [in the] long-term.

My advice would be, if it feels more aggressive than you're comfortable with, you're probably right on track. If you're delaying decisions because you're still in denial, then accelerate them.

Hopefully everyone's already done what I call the “no regrets.” Get control of the situation instantly, put a new process in place where everything comes through [one person]. I would advise everyone that urgency matters; work hard to get in control now, don't just think we've got a couple of weeks to let it unfold – put in place controls instantly.

When you're thinking through where to reduce costs, there [are] easy buckets. Marketing is a pretty easy bucket because, likely, all of us have this discretionary marketing spend bucket and it's pretty big.

Let’s talk about a growing company – in the process of building capacity – but now must  slow down.  How do you balance the need for cost cutting while also planning for sales capacity, which typically takes months to ramp up when you want to reactivate?

I think it's very situation-dependent. If you're in my situation, where Gusto is a 10X better product and payroll is one of these essential services that you just can't really just shut off, it could be an opportunity to potentially grab market share.

If you're selling SaaS it's [going to] be very hard to get attention if you can't get in front of customers and get them on the phone, and can't get them to bite on anything, there's really no reason to have a big sales team. The thing that you're selling is just not something that people really care about right now. Even if you try to reposition it, it's not something they really care about that much. I think, in those situations, you have to cut.

It's also a pretty good time to focus on some of the internal foundational pieces of your business that maybe wouldn't rise to the top in good times. As an example, we're thinking hard around, how do we automate a lot of the processes? It's a good time as a finance person to get more air time around some of those foundational business model things that, in good times, get drowned out by sales and expansion. There's a lot more appetite to talk about how we set the company up through the next year.

Can you talk about the opportunity here for finance to step up and partner with the CEO?‍

I think that it’s common for all leaders in companies to want to give a sense that we have control when we don't really know. Saying [we] don't know how it's going to unfold but give confidence that we're thinking through, as well as anybody can. We're going to get through this in a way that we're going to be stronger. Don't live in denial and give people confidence that it's the right leadership team and make the best decisions for the company, because at the end of day everyone's scared. ‍

How are you leveraging your board right now?

[Right] out of the gate, give the board information. And then leverage experience from different folks who are on our board. Everyone will be pushing you to get the cash flow positive faster. And then it's just up to you to make the right call.

Maybe the board can roll up their sleeves and get involved a little bit more in the details. But I think it's just leveraging experience of folks on the board to be able to help and come to the right solution for your own company.

The best CEOs right now are not hiding; [not] putting their head in the sand. They're acknowledging how everyone's feeling, they're talking about what's on people's minds and they're being very honest and direct with everybody.

The best ones are being very proactive, they're starting to scenario-plan, and they're being proactive and communicating out to the board. One of the ways you can use your board is, we are by definition sort of higher level, looking across companies and we get data from lots of different places. We're looking at the macro.

How much runway are you recommending companies have?

We are recommending [at least] 24 months of runway for all of our companies, preferably more. The reason for that is it could be very hard to raise money. It goes from a four-week process for many people to a six-month process in terms of fundraising.

[Some investors are] cutting valuations by 50 percent in terms of term sheets that they're putting out. We'll see if that remains. I think the venture ecosystem in general is heavily, if not completely, overfunded. There's just too much supply of capital. And ultimately there are not that many great deals every single year. I'm expecting valuations to be down and for it to be harder to raise, largely because people worry about the overall economy.

I think our silver lining for the long term is we'll end up in a better financial position. These times in history reset what the norm is and how to run a business.

Think hard about your business model and how it can emerge to be stronger than it was [before]. Think about some of the things internally you can focus on and conserve dollars to spend into the future.