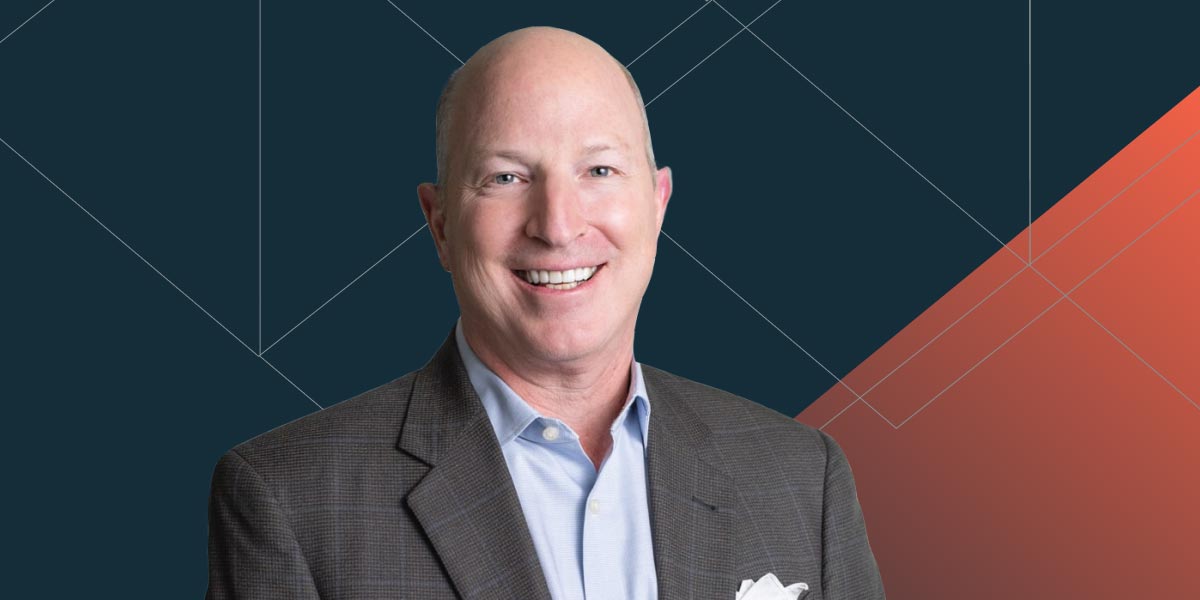 One of the most striking elements of Jeff Epstein’s recent Path to Becoming a CFO talk was hearing about the astounding depth and diversity of his career to date. Currently, Jeff is an Operating Partner at Bessemer Venture Partners, and Co-CEO and CFO at the Apex Technology Acquisition Corp. He also serves on boards for many prominent companies, including Kaiser Permanente, Twilio, Poshmark, and Shutterstock. He was Executive Vice-president and CFO at Oracle when Oracle purchased Sun Microsystems for $7.4 Billion. Prior to joining Oracle, he held positions as CFO at DoubleClick, King World Production, and Nielsen.

Despite his illustrious and varied career, during his chat with Airbase Founder and CEO, Thejo Kote, Jeff emphasized that he continues to learn — and that often means asking a lot of questions. He shared his advice for anyone starting in a new role:

“Meet with all your peers, and say, ‘I’m learning. What’s going well? What can we do better? How can I help?’ Then be quiet and take notes.”

That ability to ask questions served him well when he started at Oracle. During the first six months, he met with over 100 people and “ended up with a list of over 300 things to do.”

“I always wanted to learn. I always felt that there was so much I didn’t know and I would just ask people. A good sign is when someone doesn’t know something, they don’t fake it, they just say, ‘Look, I don’t know that yet,’” he said.

We only have to look at his career trajectory to see how that curiosity has paid off. Jeff started as an investment banker in the media industry because he “figured it was a fun industry to be in,” doing mergers and acquisitions for First Boston (now Credit Suisse). “Business was booming,” he remembered. “I represented ABC in their merger with Capital Cities.”

Jeff made the transition to CFO when his client King World told him they were looking for a CFO with Wall Street experience. In describing the transition, he broke down how he sees the CFO role as three functional areas:

When he started at King World, Jeff felt confident that his past experience had prepared him for the financial analysis and capital acquisition functions, but he knew he lacked experience in the accounting and control side. To ensure he learned from the best, he persuaded the former CFO he was replacing to stay with the company. “So often, people in their career are trained by their mentors and their bosses to be good at their job. I was trained by some of my subordinates to be good at my job, which is a little different but it worked out great.”

A later career transition was sparked by a broader recognition. “It was very clear in the 1990s, once the internet came along, that the media industry was going to experience revolutionary change.” Jeff wanted to be a part of that revolution and was fortunate to be offered a position at DoubleClick, an internet advertising company. He joined just three years after the very first internet ad ran, and during his time at DoubleClick, the company experienced phenomenal growth, with revenues increasing from $25M to $500M in just three years. He noted, “In my career, just over the course of 23 years, I saw something [internet advertising] go from nothing to being the biggest sector in the industry.”

Jeff first heard about the CFO position at Oracle when a recruiter contacted him through LinkedIn. The timing was fortuitous, as he and his wife hadn't wanted to leave the New York area while their children were still in high school, and just then their youngest daughter had been accepted at Stanford. “Oracle is one of the best-managed companies in the world and I have a lot of respect for them. It was just a tremendous experience.”

At Oracle, he oversaw a team of about 6,000 employees. To get a handle on what needed to be done, he grouped his goals into buckets and focused on how to improve each one. “A lot of them had to do with automating things within the financial function. We were doing a lot of things manually,” he explained. Jeff is a clear advocate for automation:

“If you are trying to do things manually with Excel spreadsheets and things like that, and you don’t have a modern tech stack with products like Airbase, you’re just missing out on an opportunity.”

Thejo noted that Jeff has worked with many people who have gone on to fill CFO positions. He asked Jeff what characteristics he’s noticed help aspiring CFOs reach their goals.

“Number one is integrity. The CFO has to be the voice of truth within the company.” The second element he identified is related to leadership. Jeff explained that a high percentage of a CFO’s responsibilities involves delegating work to other people. He noted that it’s a good sign if a CFO can bring other well-qualified people along with them to a new company. The third element involves having a good understanding of the business.

“The best CFOs I know are not only good at the technical side, the accounting and the analysis, but they really understand the products, the customers, the whole business model.”

As an example of where a CFO can provide value he offered: “If I'm a one-product company and we want to expand, should I start a second product or should I take the first product into Europe, or should I do both at the same time? How do you make that decision? Can you bring data, an analysis and get a CFO to help with that decision?”

Jeff has an interesting approach when he is hiring for a position that reports directly to him. He will often have that position’s subordinates report to him for a while in order to gain a complete understanding of the role he is hiring for, instead of rushing to fill the empty position. When asked if workers felt uneasy with a skip-level supervisor, he said that emphasizing informal, friendly interactions and asking genuine questions helps to build relationships. He also makes a point of scheduling events, like lunch with people from all over a company, to get to know what’s happening. “It’s called the mosaic method,” he explained. “In the office, you have these dots, but over time they build a pattern. And so, if you just make a point of going out, meeting a lot of people and getting to know them and having open-ended conversations, you collect a lot of dots and they form a pattern.”

Beyond building relationships with employees, Jeff’s career has taught him a lot about relationships between boards and executives.

Jeff explained that he sees the role of a board member as asking the right questions to enable executives to consider all alternatives and plot a course of action. He pointed out that board meetings bring a lot of high-powered people together, so it’s important not to waste time, but often too much time is spent on the “show and tell” aspects, such as sharing metrics on performance. That information could easily be shared before the meeting, freeing up more time for the more valuable discussions around strategic planning.

“I think spending more than half your time, maybe two-thirds of your time, in the board meeting on decisions you’re considering, but have not yet made, is the best use of time.”

When asked about the evolution of the CFO role and predictions for the future, Jeff pointed to the rise of activist investors as the biggest change for CFOs of public companies, and activities related to cybersecurity.

“But I think the biggest changes are related to the availability of data there. There’s so much more data available to our finance team and more tools and software available to understand and analyze that data.”