From GE to Twilio: What Twilio CFO, Khozema Shipchandler, learned on the way. 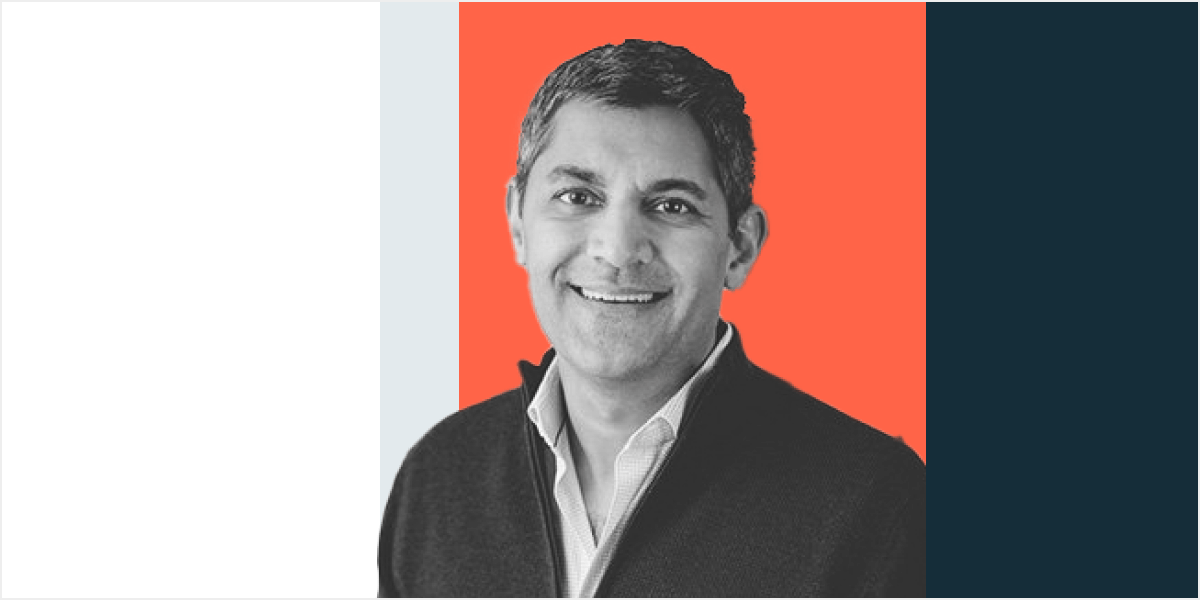 Our Path to Becoming a CFO audience was recently treated to an informative chat between two esteemed finance leaders with decades of experience in a wide breadth of industries between them. Host Jeff Epstein is currently Operating Partner at Bessemer Venture Partners, and his previous roles include CFO at Oracle. He was joined by Twilio CFO, Khozema Shipchandler, who moved to Twilio after more than two decades at GE in financial leadership roles.

Jeff is chair of the audit committee on Twilio’s Board of Directors, a position which works closely with the CFO, and the two have known each other for many years. That close relationship was immediately apparent when Jeff began the chat by asking Khozema about a particularly challenging time during his career.

After 22 years at GE, primarily in the aviation sector, Khozema was asked to become CFO of a recently acquired landing gear and avionics company. On the surface, the acquisition seemed like a perfect match, but Khozema said that it soon became apparent that they had dramatically underestimated the level of integration effort. In addition, he said, “We dramatically over-estimated the level of revenue synergy.” Eventually, he was asked to lead the restructuring effort, a tough undertaking that even resulted in “some very unpleasant things in my home mailbox.”

“Ultimately, we did make that company better,” he said. “But it was a lot of hard work.” When asked by Jeff for the biggest takeaways of the acquisition experience, he listed them:

Nonetheless, today Khozema feels the entire experience was “incredibly intellectually stimulating. To go through a learning experience like that was really incredible.” That aligns with his overall philosophy regarding career success, which can be summed up simply: “As long as you have a point of view and are willing to do the work, you will be given opportunities.” He advocates continuous learning, describing himself as a “lifelong student of business.”

Jeff also asked if the move to Twilio, a relatively new public company, held similar challenges. Khozema said that ultimately he didn’t find the transition very difficult. One big reason was the welcoming reception from Twilio. The other was the nature of finance work: “The language of doing business is the same in many respects.” A crucial aspect of understanding that language was the FP&A experience he acquired at GE. “If people say that finance is the language of business, then, FP&A is the language of finance.”

“A strong FP&A leader has a keen understanding of how finance statements fit together and which levers to push and pull to improve performance. True business leaders can use FP&A to inform business decisions. Had I not had that experience, I definitely wouldn’t be sitting where I am today.”

Khozema said one of the top priorities in his role is helping Twilio respond to its incredible growth in a manner that makes life easier, not more difficult, as the company grows.

“The difference between a good company and a great company comes down to execution. What operational things do we have to nail down so things will be easier as we grow, and we’re not always doing diving catches?”

The journey to Twilio.

Khozema’s personal path to becoming a CFO started without a clear roadmap. After he graduated with a BA with a double major in Biology and English, and an economics minor, his parents wanted him to pursue a medical career, but he wanted to attend law school. A position at GE was seen as a “compromise,” but the rigor of GE’s financial training program turned this compromise into an incredible opportunity. Khozema described the experience as “the financial marine corps — really intense, and really fun.” Long hours were expected, and the program was designed to put participants in completely new positions every four months. That turned out to be good preparation for his later career. “If you’re being thrust into a new business dynamic, you learn to think on your feet very quickly.”

Arriving at Twilio, he made an effort to have lunch with every GTM or product leader in order to build personal and professional relationships and learn more about the business. “Don’t undervalue the basics of grabbing lunch, dinner, beer,” he advised. “It dials down the personal dynamics if you have a tough topic.”

It’s not surprising that he named the ability to care for and develop people as the single best skill for a CFO to have. He shared some personal strategies on developing those relationships, emphasizing the importance of hiring the right people. He prefers to never outsource talent acquisition, adding that “hiring is my superpower.”

He joked that when he first started, he was spending eight hours a week in management meetings. “I said, there’s no way, when all of us spend the equivalent of a day together, we’re advancing the ball.” Now, they have one shorter weekly meeting honed to the topics that matter most. He said he spends about one third of his time on personnel, and maintains a regular schedule of communication with his team members. “Software companies are people businesses, and you cannot achieve anything without your team.”