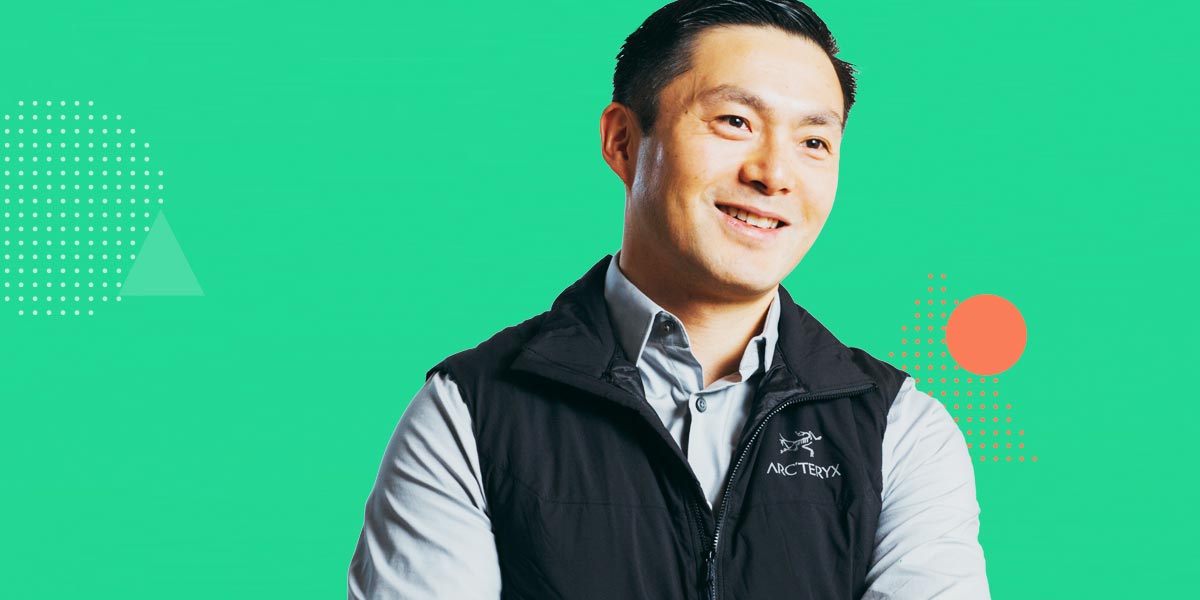 It's not at all surprising that Alfred Lin has occupied a front-row seat at the creation and building of some of the country's most storied modern companies. Hearing him speak provides a glimpse into his keen intellect, analytical mindset, and relentless focus on business results. He is a bonafide member of a select group of leaders who have shaped an approach to innovation and transformation that defines Silicon Valley ideology and fuels spectacular company success.

Alfred Lin is currently a Senior Partner at Sequoia Capital. In 2013, he was named on Forbes list of "30 Most Influential People in Tech." His career path has itself been disruptive, as he has not followed more typical moves up a finance ladder. He left Stanford with a Master’s Degree in statistics before completing his Ph.D. to move into a finance role at an unknown shoe startup.

Throughout his career, Alfred has held both operating and investing roles, including CFO and COO at Zappos. Before Sequoia, he founded Venture Frogs, enjoying eight exits including Ask Jeeves, and Open Table. Alfred also served in financial leadership roles for three companies, scaling them from founding stages to successful exits: LinkExchange (acquired by Microsoft for $265M), Tellme Networks (acquired by Microsoft for $800M), and Zappos (acquired by Amazon for $1.2B). He's currently on the board of seven prominent companies, including Airbnb and DoorDash.

Lin is proof that potential CFOs shouldn't feel limited by having to follow a set career and education trajectory. In fact, with an academic background in math and statistics, he has never taken a formal accounting class. When it comes to essential skills, like budgeting, he's mostly self-taught. "Those things are in a lot of books," he explains.

Ultimately, says Lin, "your innate traits are more important." Those traits include creativity and persistence. "A good CFO is an archeologist – you dig, dig, dig until you find the answer to a problem," Lin says. In a recent chat with Airbase CEO, Thejo Kote, Lin offered some clear advice on developing those personal qualities to thrive as a top-level CFO. Check out his strategies below.

Watch the full Path to Becoming a CFO interview with Alfred Lin on-demand.

Know How to Tell a Story.

Lin says many financial professionals struggle to find the right level of abstraction for analysis. Of course, a competent VP of finance will know the right level in terms of the numbers. But what elevates a top-performing CFO is that they recognize that the analysis doesn't end there. Instead, they ask themselves, "How do I tell the story?"

Like all good tales, that story should follow a compelling narrative. The beginning asks, "How did we get here?" The middle is the analysis itself. This part isn't necessarily understood fully by the rest of the organization – and that's OK, says Lin.

The end of the story is the differentiating factor that separates actionable insights from merely competent analysis. A high-performing CFO will ask, "Where do we go from here? And how do we monetize this analysis?" Lin suggests that the ability to monetize your insights, whether it is a report, fundraising, or the direction provided to operating teams, is what differentiates a CFO from a VP finance.

Build Relationships – Both Internal and External.

In addition to knowing the right level of abstraction, a good CFO needs to be able to communicate at the right level and with just the right amount of detail. For example, telling a marketing manager to reduce spending by 20 percent is often too vague for results. Instead, directives should be more precise. Which changes to the spending plan will have the biggest impact on performance?

It may seem paradoxical, but Lin explains that CFOs also need to realize they don't have as much power to influence co-workers as they may think. After all, most of the things that have to be done within an organization are out of their control. "If you're a CFO who uses power to influence, you're usually not a great CFO," says Lin. "You have to take it from the point of view of partnering."

Outside of the organization, CFOs also need to adapt their communications to fit their audience. That can mean stepping outside of the usual scripts. In particular, Lin likes to see enthusiasm for an organization. He says that CFOs often feel they gain credibility by pointing out the flaws in a business, but they also should be supporters. They must feel – and demonstrate – that a company is worth betting on.

Recognize the Importance of Creatively Adapting to Change.

Now more than ever, financial professionals need to be able to pivot quickly. That often means thinking creatively and not just following a standard playbook for financials. "Original thinking differentiates a high-performing CFO from an OK-performing CFO," says Lin.

For example, when evaluating a CFO, Lin assesses a few years' worth of dashboards to see how they have evolved. Ideally, he looks for some stability – recurring analyses that track essential trends. But he also likes to see some changes from year to year. Recognizing the need for a new metric demonstrates creative thinking. It also reflects a knowledge of the relevant industry. "The best CFOs think about the business so much that they can come up with their own metrics," Lin explains.

Work with Your Management Team.

Working with team members' weaknesses also means adapting your communication style. If you feel frustrated because other members of a team aren't financially literate, Lin advises going back to telling the story behind the numbers. "Accounting is more interesting than most people think," he reminds us.

"Make it interesting and exciting."

Lin is clear that some things should remain in the CFO's wheelhouse, no matter how an organization is structured. For example, it's important that a CFO doesn't delegate forecasting. The relationship with shareholders is also something that shouldn't be delegated, although it will depend on the stage of the organization's journey.

In general, he says, as you get to the later stages, more tasks can be delegated. Lin says that CFOs need to ask themselves where they can get the most leverage. The tasks where they can make a difference are where their energy should be directed.

Know the Risks of Overworking.

As all financial professionals know, there's not much room for errors when it comes to the numbers. But how can a CFO avoid failure? Lin's answer might surprise you. Most organizations know how to address their most significant weaknesses. But they don't always anticipate that a self-perceived area of strength can become a weakness.

Ironically, many oversights can be the result of working too hard. When we're overworked, we tend to focus on specific areas and not look at the big picture. As an example, Lin points to the possibility that a CFO might spend hours preparing the numbers for a board deck, but not even think about making sure slides are attractive, and the general conclusion is clear. The result can influence the audience's decision making, even if it's at a subconscious level.

Communicate with the Board.

What does a board member look for from a CFO? Lin says that communication is important. Again, this comes down to recognizing that the financials have an underlying narrative. However, most board decks aren't structured that way. If a CFO envisions the arch of the story, they will be better prepared for board meetings and won't be surprised by any questions the board has. Lin says it's vital that a CFO can answer any questions a board member presents. On the other side, the board should not be surprised by any item in the reporting if the CFO has consistently communicated any developments.

How do you know if you're ready to become a CFO? Lin feels that if you have to ask the question, you're not ready.

Confidence is important. But at the same time, a lack of experience shouldn't necessarily hold you back. "After all, if we only bet on experience, no one would ever bet on a start-up," he says.

However, this depends a bit on the organization. For example, Lin says that a business with a less experienced CEO might need a more senior CFO to inspire confidence.

A final piece of advice Lin has for potential CFOs is not to be afraid to ask for help. Ask pointed, specific questions that demonstrate that you know your business. "The interesting thing is that in Silicon Valley, everyone is constantly wanting to help, but you have to ask," he says.

We suggest you take his advice and just ask.

Want to learn more about the path to a career as a CFO? You can view the entire chat with Alfred Lin here.