Being a finance leader in the era of real-time data: Orbital Insight CFO Jim Cook on his professional experiences. 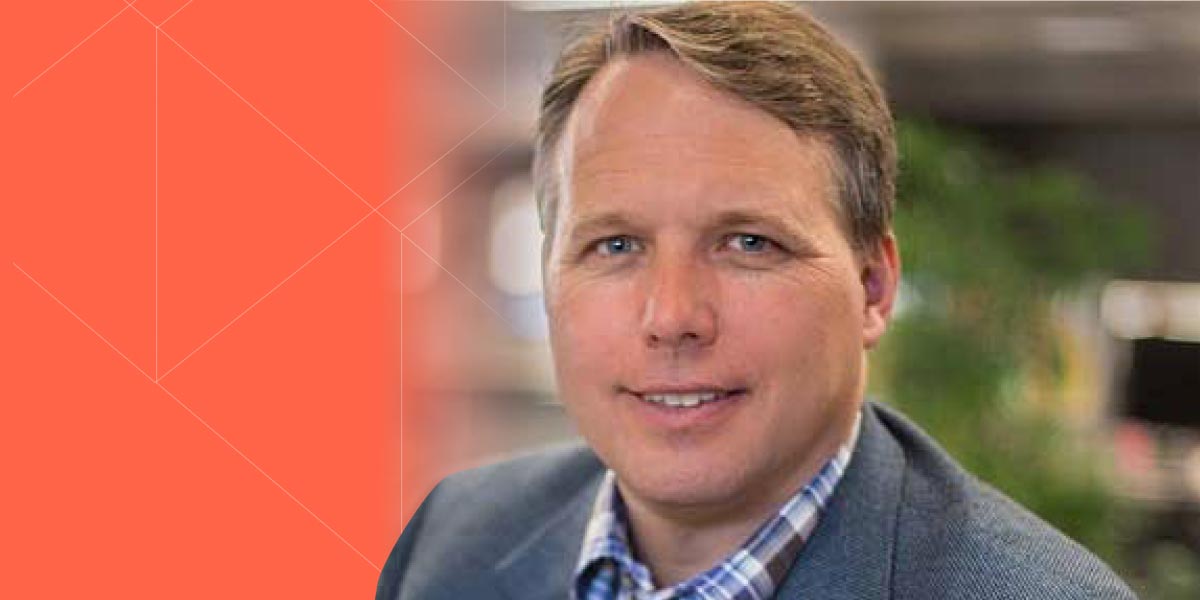 As part of our ongoing Path to Becoming a CFO series, which now has its own ebook that highlights the best from its speakers, we invited Orbital Insight CFO Jim Cook to share his thoughts and anecdotes from his career. Thejo Kote, founder and CEO at Airbase, had the chance to interview Jim and dig into his experiences.

Beyond his current role at Orbital Insight, Jim has been a key finance and operation executive for Intuit, Netflix, and Mozilla. As one of Netflix’s six co-founders, he built and managed all financial and operational functions from the company’s founding in 1997. He currently serves as an advisor to several venture-backed companies and to Silicon Valley Bank’s CFO Advisory Group. He also serves as a Director for the Alliance of CEOs.

Jim is no stranger to being asked about how he came to work at such prominent companies. When asked by us, he identified a qualitative tactic. “I never used a secret strategy for picking successful companies to join,” said Jim. “I just picked them based on the people and the culture.”

“People make these companies amazing. It’s not just having a good product.”

This is simple advice on the surface, but it’s clear that the practice has been successful for Jim. Later in the interview, he went on to explain the value of listening to your instincts when looking for the right company to work at: “You can feel an energy — feel a culture — when you walk into a company. Pay attention to those instincts because they’re pretty important.”

Learning how to learn.

When asked for his thoughts on building a career, Jim offered some more actionable advice. At the core of it, he suggests that the most important aspect of learning and growing in your career is simply being inquisitive and willing to get outside of your comfort zone. “You have to learn from the best and not be afraid to ask questions. You have to be comfortable giving your input, even when you haven’t totally figured everything out,” said Jim. “Your biggest mistake is not asking when you don't know something or not being vulnerable enough to say that you don’t know it. The only way you’re going to learn is to ask people that do know, and, believe it or not, they’ll be glad to help you.” Being comfortable with being uncomfortable might just be the differentiator between those who thrive in their careers and those who do not.

Of course, Jim has not gotten to where he is without making some mistakes of his own. “I’ve made plenty of mistakes,” said Jim. “Early in my career, I thought the key to success was being incredibly precise. But it turns out that being too precise is a bad thing. You sacrifice agility. I’ve learned to be range-based with expected values. It opens up a dialogue with other stakeholders more than precise figures do, which makes you more of a partner.” This realization proved to be critical for Jim’s approach to being a CFO. He believes that strong partnership between a company’s top stakeholders leads to more robust operations.

For Jim, the shift towards real-time data has empowered CFOs to work with the rest of their organization in a more strategic, impactful, and personal way. “Accounting and finance have gone from quarterly reporting to monthly reporting to, now, analyzing daily figures on our dashboard. We’re now reacting more than planning. Our purpose is the same: to make better decisions. But we can’t do it the old way,” said Jim. And a lot of the power of this agility, according to Jim, is how it changes a CFO’s business relationships. “As data has become a real-time thing, you now need to establish relationships with your CIO or CTO or CMO more than ever before. You’re no longer controlling, you’re reacting, so you need to partner with them and say, ‘Teach me your part of the business, as CFO, and I’ll teach you what I can do with the data.’ It becomes a give-and-take partnership.”

“The CFO sits at the unique intersection of the various parts of the business, drawing insights from all of the analytics.”

But speedy data can be the enemy of speedy analysis. Jim took a moment to point out a clear pitfall in this new world of real-time data: noise. “Companies often have too many OKRs and infinitely more KPIs that don’t matter,” said Jim. “You have to be good at tracking what’s interesting.” And identifying the most relevant metrics goes hand-in-hand with forging strong relationships as CFO. Your colleagues may be the ones best equipped to inform what should be tracked for particular insights.

The best way to influence people.

Prompted for his thoughts on his own leadership style, Jim noted: “There is no set style for leadership. It comes in many varieties.” He went on to explain the fluid, incrementally-built nature of being a leader. “Leadership, as a methodology, is a way of combining strategy, structure, and execution, then communicating it well.” It is not a given, especially if you are early in your career, that you should always know the optimal strategy or have unparalleled communication skills. The good news, though, is that Jim thinks much of what you need to be successful on this front can be learned.

“Only 25% of leadership is being naturally good at it. The other 75% is learning it.”

Ultimately, wielding influence well comes down, again, to relationship building for Jim. “If you want to influence people strategically as a finance leader, you have to start with a relationship-first way of thinking,” said Jim. “You’re going to have to be willing to be wrong and you’re going to have to be willing to debate. And in order to do that you need trust. The way you build trust is by giving trust.” For someone in a role so concerned with data and analytics, Jim reminds us that the human element is critical to being a successful finance leader.

Want to hear Jim’s take in his own words? You can find the entire interview here.