Combining operational muscle with strategy: Maynard Webb shares his insights on the relationship between CFOs and boards of directors. 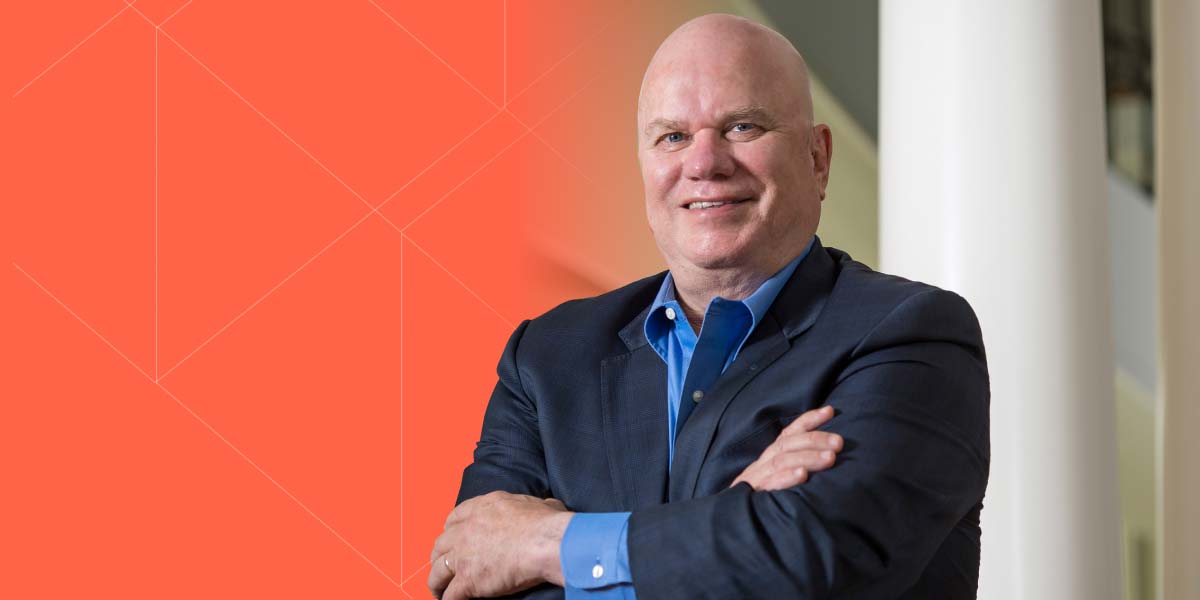 We put a lot of value in finding unique perspectives for our Path to Becoming a CFO series (check out our ebook for highlights of such perspectives from our past interviewees). Maynard Webb brought just that with his experience as an investor, a philanthropist, a bestselling author, a former COO, a former CEO, and an authority on all things about boards of directors. Airbase founder and CEO Thejo Kote recently had the chance to interview him.

Maynard is a 40-year veteran of the technology industry and uses that experience as founder of the Webb Investment Network (WIN), a seed investment firm dedicated to nurturing entrepreneurs. He previously held the positions of CEO at LiveOps and COO at eBay, and he has held executive roles at Gateway, Bay Networks, and Quantum. Maynard currently serves on the boards of Salesforce and Visa, and has previously served on several other public and private boards, including Yahoo!, where he was Chairman of the Board, Gartner, Niku, Extensity, Hyperion, Peribit (acquired by Juniper Networks), Baynote, and AdMob (acquired by Google), where he was also one of the first investors.

Maynard explained that he started his career as something like a Chief Security Officer, but it was at a time before such a title existed. He was tenacious in asking his manager if he could work on the company’s security needs, a responsibility that, at the time, was both outside of his job description and unowned by anyone else. Maynard suggests that people early in their careers similarly seek out additive experiences. “Early on, when I was trying to advance my career, I’d just volunteer endlessly for anything,” said Maynard. “Don’t be a problem to manage, but do keep pushing for opportunities.”

“You have to have curiosity and you have to be willing to do something to stand out.”

Another part of improving yourself for the career you want is learning from the people who are already doing that thing. Maynard thinks it’s essential that you consult with the paragons of your field. “The key is identifying whom to learn from,” said Maynard. “Who do you think the best CFOs on the planet are? And why do you think that?” He went on to share that, early in his career, he made a database of security experts that he would reach out to and follow (finance professionals may be able to similarly find experts through networks like Off the Ledger). This kind of proactivity underpins the core tenet of Maynard’s career philosophy: personal responsibility.

“No one’s going to care about your career more than you do,” said Maynard. “You own your brand. You own your reputation. You own pushing yourself. You own being seen by someone who notices your potential.”

Opportunities on both sides of the boardroom.

Maynard emphasized the rare opportunity to acquit yourself well, whether you’re a CFO or otherwise, when presenting to board members. He then offered a particular piece of insight for it, one that he has gleaned from years of such interactions: “When presenting to the board, as much as you might want to tell them how great of a job you’re doing, you have to figure out how to communicate what they want to know in about half the time that you think you have. You have to remember to leave time for a dialogue after your presentation.” Estimating that these things typically have 30-minute time slots, Maynard acknowledged the difficulty of condensing an analysis into 15 minutes. But brevity is part of displaying your prowess.

“Presenting to the board is a chance for you to show ability beyond what your job today is.”

On the other side of things, quite literally, Maynard recommended that people in finance, at all levels of their careers, become board members themselves. Whether you volunteer for the board of a nonprofit or get tapped for a prestigious industry giant, Maynard opined the tremendous learning opportunities. Moreover, he shared that finance people are uniquely positioned to take advantage of this resource, saying, “Every board needs a finance person, and you can learn a lot from being on that end of the table.” These positions are not simply handed out, though a strong business network increases the odds for solicitation, but accounting and FP&A skills are always in demand. There’s little reason to not get on board with this approach to career development.

What board members want in a CFO.

Leveraging his experience on multiple boards, Maynard shared some wisdom about what they typically look for in a CFO. It can be particularly difficult for CFOs to build a strong working relationship with their executive teams and their board of directors, something he thinks is paramount, because CFOs are often the people in a meeting who shoot down ideas or otherwise temper plans with austerity.

“Most times, the CFO is the adult in the room.”

But Maynard did hone in on a single characteristic he values in a CFO above all others.

“As a board member, I’m looking for candor from a CFO more than anything else. Surprises are not a good thing for a board.”

Indeed, he went on to underscore that boards exist to help and can only really do so with full transparency.

When asked about the ideal credentials for CFOs, Maynard said, “CFOs with an accounting background aren’t better or worse than those with an investment banking background; they’re just different. As a board member, I want someone with skill sets from both backgrounds. I’m looking for someone who can both build the necessary operational muscle and develop a plan for strategic finance.” He went on to explain that any deficit can be compensated for by other team members, though he did acknowledge that it’s an imperfect solution. Rather than deter people from becoming CFOs, Maynard wanted to highlight the ability of anyone in the profession to acquire the necessary skills.

Interested in hearing Maynard’s words as they were recorded? You can find the entire interview here.