30 days at Airbase: An interview with Krishna Panicker, VP of Product. 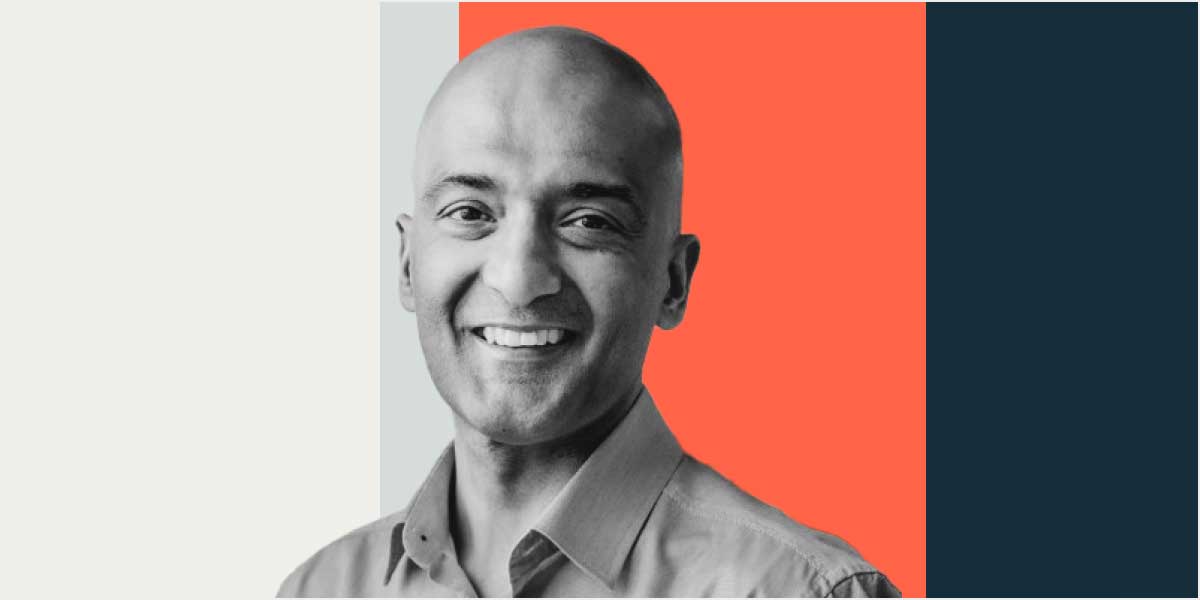 1. What initially attracted you to the role at Airbase, and how did the role come about?

I wasn’t initially looking to move. I managed a team of about 125 people, we were scaling as a company, and I was part of something that I had helped build up. So on paper, why would I want to leave?

To be honest, it came from a desire and a self-reflection that made me realize that I wanted to get back to product work. Towards the end of my time with Pipedrive, I was managing more board-related matters, which took me away from customers and the product. I decided to see what was out there and began responding a bit more to LinkedIn requests. It didn’t take me long to realize that the employment market was just insane, and I was becoming overwhelmed by what was out there.

But, amidst the chaos, a role that really stood out for me was this one with Airbase. I did my due diligence, and I could see that spend management as a category was undergoing a bit of a renaissance. It was also clear that Airbase, particularly, was redefining that category.

Once I was sold on the company’s idea, I met Airbase Founder and CEO, Thejo Kote, and was immediately a fan. As a second-time founder, he’s a fascinating mix of this hustle mentality and yet a deep understanding of Silicon Valley. I really felt his passion and long-term vision for Airbase. I told him that If I had to choose between what excites me more between long-term and short-term revenue targets, I’m always going to go for long-term valuations, and he agreed. To be honest, I wasn't expecting that kind of long-term vision, and that really stood out to me about Airbase.

Finally, once I met with other team members and understood the company’s values, I felt they were aligned with my own.

The value that stuck out to me the most was:

“If you’re not feeling fulfilled and happy in your role — look elsewhere. Life’s too short.”

Once I saw the product’s potential, the passion of the CEO, and a company aligned with my belief system — I couldn’t say no.

2. As the new VP of Product, what excites you most about the possibilities for the product?

First and foremost, I think there’s a huge tailwind here. At Airbase, we’re operating in a space that many finance professionals didn’t know was possible. If you speak to most accountants, they will tell you that they have been working in such siloed experiences — the idea of Airbase seems like it’s not even possible.

The entire spend management space is about to explode. It’s about to become the norm. It’s like approaching people and saying:

“You know how you’re riding a horse right now? Well, there’s this thing called a car, and it’s much faster.”

I believe Airbase to be that car. And once you’re driving a car, you’re not going back to the horse.

Second, I believe we have a group of people who have been shaped by Thejo who actually care about the problem. Instead of adding hundreds of features and trying to grow wide in so many different spaces, at Airbase the goal is simple: let’s solve the problem and make people’s lives better. And there’s something really attractive about that.

The ability to solve customer problems and, as a by-product, make a successful business. That’s what I love.

The community of finance and accounting professionals has been underserved for generations. People have gotten away with giving them a crappy experience — but not anymore. The ability to make their lives better, being able to close their books quicker — that’s exciting. I see many more opportunities to innovate here. I’m excited about the opportunity to serve the customer’s needs and to solve the problems for people in finance.

3. Was there anything that surprised you about the role?

One of the things that surprised me right away was Thejo himself. He gave me his time every day to help me through my onboarding process. I’ve never had that level of support from a manager before — let alone a CEO. He put a lot of time aside, and he said to me:

“I want you to succeed. Because if you succeed, I succeed.”

I don’t think you get that from many companies, and I knew I was joining a special place here at Airbase.

Another element that surprised me was how much of a well-oiled machine Airbase is. Generally, when joining a startup, you accept that there will be an element of disorganized chaos. However, with Airbase, I don’t see too much of this. Yes, we have the same energy and enthusiasm to build something memorable here, and that spirit is imperative to any startup. Still, I also feel there’s a level of sophistication about the structure and organization of the company. For me, that’s down to the people. We have an incredible group of highly-skilled, intelligent, experienced individuals who drive that responsibility. We have people here who know what it takes to create a successful startup, and I feel very fortunate to be working with such an incredible group of people. I was expecting to be putting a lot more fires out, but, so far, everything has been really smooth — and you don’t expect that from most startups at this stage in their cycle.

4. What were your goals for the first month, and how did you go about achieving them?

This was pretty straightforward for me. Thejo and I put together a 90-day plan, and we wanted to make sure that, by the end of the 90 days, I was ready to take over the product team. As a founder, he’s been leading it from day one. And that’s not as easy as flipping a switch. It’s very much a gradual shift and, so far, we’re making the progress we wanted.

This includes understanding how we sell, how we enable our sales team to be successful, meeting the various team members, listening to sales calls, and developing a solid understanding of the product and the customer’s problems.

For the first 30 days, it’s been focusing on the people side, the planning side, and the process side.

5. What are your goals for your new role, both long-term and short-term?

Ultimately, I want to ensure that we have a world-class product team. I want to get to a stage where anyone who comes to work at Airbase considers it the best place they’ve ever worked at and to be the best experience of their professional careers. I want to create an environment that helps people be their best in the product space. I want to form a group of people who can work as a team to really solve the customer problem and take ownership of driving revenue in their area.

For me, the team is the product, so my responsibility is to create an environment where they can be the best version of themselves. That’s up to me, and I intend on making that happen.

If we get that right, everything else will follow. We’ll solve the right customer problems. We will help the company to be successful. I think the sky’s the limit for Airbase and we’re just getting started.