The power of community: Highlights from Airbase’s first conference, Off the Ledger LIVE! 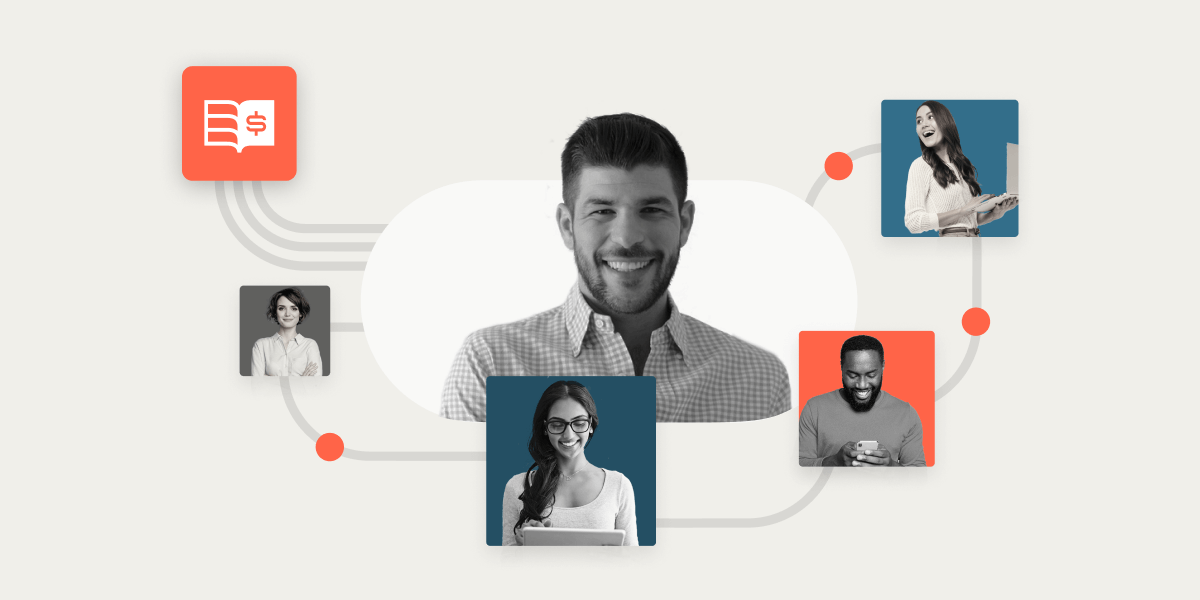 As we watched engagement in the Off the Ledger (OtL) Slack community grow and strengthen, we had an idea: Why not bring the members together for a conference that addressed topics relevant to them and others like them? Seven sessions, 11 distinguished panelists, and one incredibly inspiring keynote address later, it’s all wrapped up. Airbase’s first conference — Off the Ledger LIVE! Small teams. Big impact. — was a resounding success.

“Often these events are dry and not relevant. but every session today really hit the mark. It was great hearing from folks who have been there, done that in the same industries and areas as us,” said one attendee.

The success of the conference, and OtL itself, comes down to its members. We launched OtL back in December of 2019 because we recognized a need for finance and accounting professionals to connect with each other. Still, we had no idea how quickly the community would expand. OtL members spread the word to colleagues. Events and webinars inspired by the community drew more professionals. Connections were formed over job postings and OtL’s matching program, which connects members to peers in similar roles. The community has now grown to over 3,750 members, who have generated over 106,000 posts and messages. A “no sales” zone for vetted accounting and finance pros, it’s become a truly safe and collaborative community.

To ensure the conference would hold value, we took a quick poll to arrive at the theme. We reached out to professionals who have experienced firsthand the dynamics of a small team having a big impact in early-stage to early-enterprise companies.

The conference kicked off with a timely topic: “Building smart with distributed teams.” Going beyond the standard popular advice, the panelists took a deep dive into the tools and policies that have worked at their own remote-first companies. A central theme was the need to build a workplace culture and corporate policies that recognize the nature of a distributed workforce right from the start and, if needed, accommodate the move to a hybrid model. “Let’s embrace tools that allow work to happen in a location-agnostic way,” said Darren Murph, Head of Remote at GitLab.

The next session, “Telling a great story with data,” focused on the role of data in decision-making for growing companies and the role finance plays in collecting that data. Fittingly, the session contained many entertaining anecdotes from panelists, Operating Partner at Bessemer Venture Partners and former Oracle CFO, Jeff Epstein, and Airbase CFO, Aneal Vallurupalli. The two agreed on the need to be thoughtful in setting up systems and processes to collect the data to drive action. “It’s one thing to architect the systems to provide data, but it’s a very different thing to build the muscle memory of the company to be data-driven,” said Aneal.

The emphasis on setting up the right systems and processes carried over to the next session, “Bigger impact with automation.” Panelists Nadia Asoyan, VP of Finance at Trusted Health, and Amer Ali, VP of Finance at Netlify, agreed that the time to automate is now, as automation is no longer a “nice-to-have” for finance, but a necessity. The panelists gave tips on selecting automation tools and evaluating their ROI. “The core philosophy is that, in finance, there are a lot of different functions, like reporting, budgeting, and forecasting. So let’s try to focus on automating the repetitive, time-consuming tasks so the team can focus on higher-value functions that drive the business forward,” said Amer.

It’s never too early to start building an IPO mindset by getting systems, processes, and people in place. That was the central message of “An IPO mindset for early-stage companies.” Panelists Anna Bryson, CFO at Doximity, and Yagnesh Patel, CAO at Freshworks, joined Airbase CFO, Aneal Vallurupalli, to share their experiences bringing companies to IPO. Topics covered included turning to the experts for advice, building scalable infrastructure, and choosing the right metrics to focus on.

It’s a tumultuous time for fundraising, but with a strong product, the right data, and ample preparation, it’s still possible to raise capital at every stage, according to the “Fundraising journey from startup to IPO” panelists. Together, Meka Asonye, Partner at First Round Capital, Matt Murphy, Partner at Menlo Ventures, and Mike Dinsdale, Managing Director at Akkadian Ventures, represented experience in working with companies from seed stage right through to IPO. They shared their impressions of today’s market, how the right companies can overcome the challenges, and what potential investors look for at each stage.

Next, Sonduren Fanarredha, Director of Product Marketing at Airbase, guided attendees into a state of spendlightenment, by showing them how to transcend to an all-knowing, all-seeing level of financial consciousness where they can focus on the things that really matter. His Airbase product demo clearly reflected how replacing a messy tech stack, manual workflows, and inconsistent processes can balance the books while infusing a breath of fresh air into a company’s spend culture, all without giving up control. “When accountants design tools, surprise! they also have controls!” one guest noted.

The conference concluded with a remarkable keynote by humanitarian, visionary, and restaurateur, Chef José Andrés, who shared his experiences with the organization he founded, World Central Kitchen. He described their current efforts underway to deliver over 10M meals to war-torn Ukraine — the ultimate small-team, big-impact story. The keynote included a link for donations, which were matched by Airbase in support of this urgent cause. His talk clearly moved the audience: “Inspired beyond words,” said one attendee.

It’s hard to sum up an entire conference packed with useful information and tips. That’s one reason why the recorded videos are sent to attendees who couldn’t make every session, and why they’re available for download.

Watch the recorded videos from Off the Ledger LIVE!