Know your strengths: How Jennifer Ceran, board member at NerdWallet, AuthO, and True, developed her career in strategic finance. 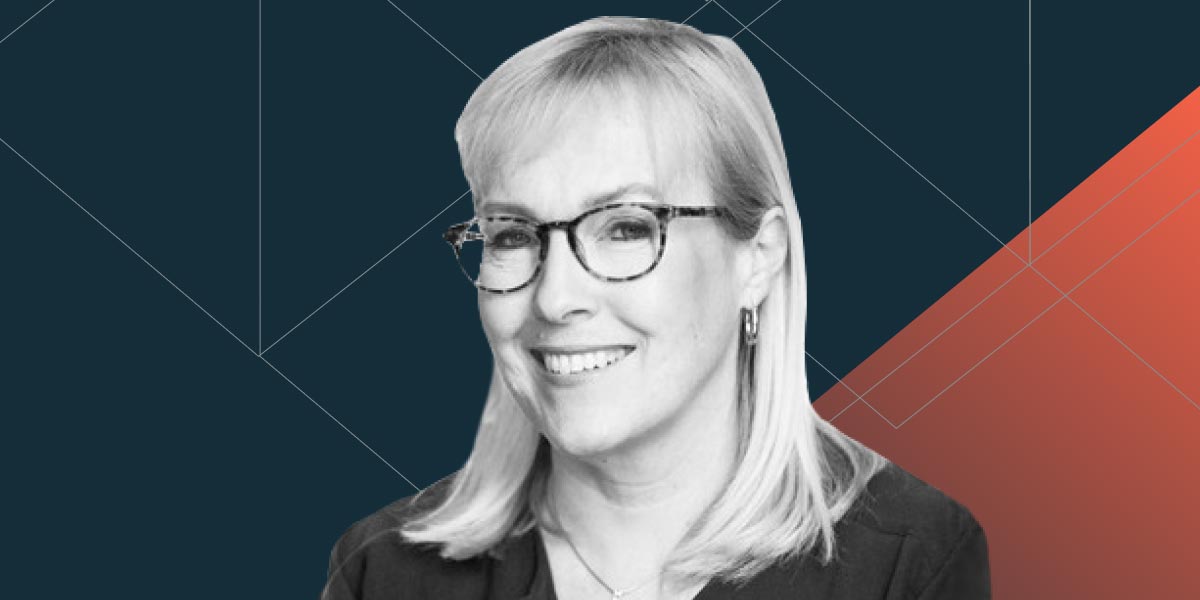 “Self-awareness is your strength.” That was a key theme of Jennifer Ceran’s Path to Becoming a CFO talk with Airbase Founder and CEO, Thejo Kote, and it’s one of the central principles guiding her diverse and interesting career. Jennifer is currently a board member at NerdWallet, Auth0, True, and Wyze, and is a former CFO at Smartsheet and Quotient Technology. She has held VP and Treasury roles at eBay and Box, and began her career as a financial analyst at Merrill Lynch.

During her talk, Jennifer recommended Gallup’s “StrengthsFinder 2.0” as a book that reflects much of her philosophy on career success. “You need to leverage as many of your strengths as possible to do the best job you can,” she explained.

That philosophy was evident at the very onset of her career path. When Thejo asked about her “non-traditional” decision to major in communications and French at Vanderbilt University, although she knew she wanted a business career, her answer centered on self-knowledge. “I was really good at math and felt comfortable with numbers, but I was really shy. I hated public speaking. When I went to college, I decided I should focus on something I was not good at.”

She added that communication is more directly tied to business than people often realize.

“When you think about being in business, it’s numbers, but it’s also telling your story, being strategic, and influencing your team.”

Thejo asked about the thought process behind another big decision: the move from VP positions at eBay, a multibillion dollar corporation, to a role as VP Finance at Box, a much smaller company at the time.

“I wanted a new challenge,” she explained. “I had never accomplished working in a smaller company, and it seemed really exciting.” Plus, she had implemented Box at eBay and “fell in love with the technology, the way it broke down silos.”

After a few years at Box, a recruiter reached out to Jennifer to suggest she was a good fit to be CFO at Coupons.com (now Quotient Technology). At first, she was hesitant. “I had never been CFO before, let alone a public CFO,” she remembered. To help with the decision, she turned to her network for advice. “At the time, Sheryl Sandberg’s book ‘Lean In’ was popular, and my network encouraged me to ‘lean in and go through it.’”

Jennifer stayed in that position for a year. “Our stock tripled in the year that I was there. I put in place a lot of discipline, but I didn’t have a lot of passion for the industry, which was coupons, and it wasn’t a big, fast-growing business like I had been used to.”

When another recruiter contacted her about a position at Smartsheet, she seized the opportunity. “It was back in my wheelhouse — software as a service — and I thought the platform was really cool.” Throughout her talk, she emphasized the importance of feeling excited by a business as a whole.

When asked what advice she had for prospective CFOs to move into similar roles, Jennifer emphasized the importance of creating opportunities. “Today there are more jobs out there for CFOs than there has ever been. If you desire to be a CFO, you can do it. You just have to persuade the other party that you can do it.” She listed some signs that a person is ready for the role.

‍Breadth of experience. Jennifer explained that it’s certainly possible to become an effective CFO without a wide range of experience, but it will be more difficult. “Once you’re CFO, you can’t favor what you do best. You have to do what’s most needed.” She recommends expertise in at least three broad areas of finance. ‍

A high degree of confidence and the ability to build teams and motivate them. This ties to Jennifer’s own results from “StrengthFinder 2.0.” When she took the online test associated with the book, the list of her top five strengths did not include “analytical.” But the lists of the people who reported to her did. Instead, Jennifer’s results list focused on achievement. “I am all about getting things done and doing it well.”

However, she said she doesn’t think of herself as a natural leader, as she’s had to learn those skills. She noted that the very act of leading has changed since the start of her career. “Back in the 80s, my managers were a bit ‘command and control.’ That’s a different way of managing than today. Today is about diversity and inclusion, empathy. What I have found to be most effective as a leader is to adjust my style to the individual.”‍

The ability to ask for help. “I’ll tell you one secret that’s not really a secret,” she joked. “One thing that I’ve done, that I think a lot of CFOs do, is reach out to other CFOs for help. So having a great network will help you take on that first job.”

Jennifer explained that she loves to ask questions and find out more about other people, so it’s easy to reach out when she wants to learn something. She described one instance when she wanted to move into investor relations at eBay, but was running into roadblocks. To figure out what she needed to do, she contacted noted venture capitalist Mary Meeker, and quickly was immersed in the knowledge she needed. She advised others not to hesitate to make similar moves. “It’s really important to advocate for yourself. At the end of the day, it’s your career.”

With the above elements in place, the qualities of a good CFO are diverse: “Vision, passion, commitment for something and being able to go after it, and a balance of being tough-minded and tender-hearted, and knowing when to use each.”

Jennifer is happy she’s now made the transition to being a board member. “I love it. I am so glad that I pivoted to this. I am learning a lot, but at the same time, I’m able to give back. It plays well to my strengths.” When asked about the future of the CFO role, she emphasized the importance of staying current. She remembered starting out at her first job back in the 1980s, and noticing the woman beside her used a computer. “I wanted to be just like her,” she joked. That philosophy still holds.

“I would encourage everyone to really invest and think about the new ways of doing things. Honestly, it can be life-changing. There’s just so many great applications that it's not worth doing anything the old-fashioned way anymore.”

Those new applications have fundamentally changed the CFO role. “CFOs used to close the books, but now they play a much broader role. I feel more fulfilled when I have the opportunity to work with and understand what’s happening in engineering and product and marketing. It’s very exciting. The best CFOs have the ability to see across finance to add value.”